André Grassi, except B2: arrangements from Tritsch

Five different sleeves. The chronological order could be:
1 and 2) Versions with a wide white edge, indicating the reference, front and back, with adhesive along the top and bottom of the sleeve to hold it together. Over the course of the pressings, slight differences appear: the font used for the recommendations for use changes, and there are some modifications to the layout of the text. The printer’s name is also presented differently.
The round record label does not indicate the side of the record and the BIEM logo is framed.
3) Version with a blank, narrow white edge. On the back, the recommendations for use, the arrow next to the list of the other 45 RPMs in the catalogue and the printer’s name are all presented differently.
The round record label still does not indicate the side of the record; some pressings no longer include a frame around the BIEM logo.
4) Version with a blank, wide white edge. On the back, the reference of the record has been added, and the recommendations for use have been replaced by a message about Philips records. There is also a change to the list of 45 RPMs: Philippe Clay n° 1 is replaced by Philippe Clay n° 3 and the Juliette Gréco n° 2 record is no longer included.
The round record label features the BIEM logo, without a frame around it. For some pressings, it is underlined on one of the sides. Moreover, the sides are not indicated or sometimes indicated, but erroneously (for example, both sides say ‘side 2’).
5) The blue used for this version is different, but otherwise the characteristics are very similar to those of version n° 4. On the back, there is a new change in the list of records: most notably, it includes more recent records, including Dario Moreno n° 7, which was released in 1956.
Some pressings erroneously feature the same side 2 label on both sides. The BIEM logo is underlined. 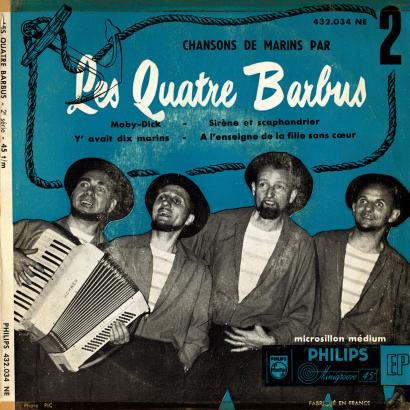 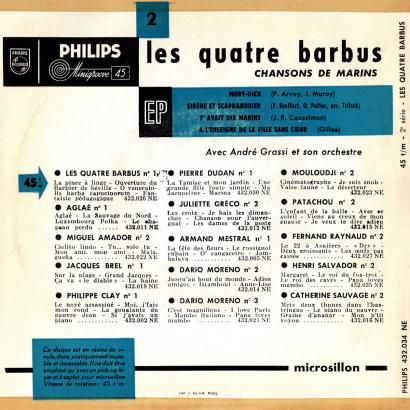 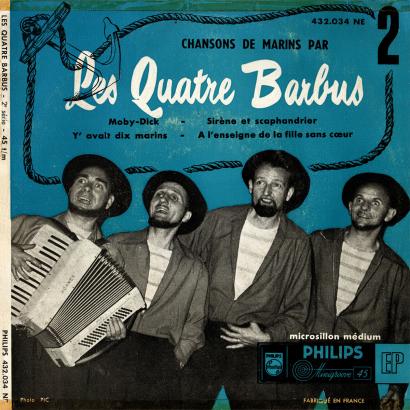 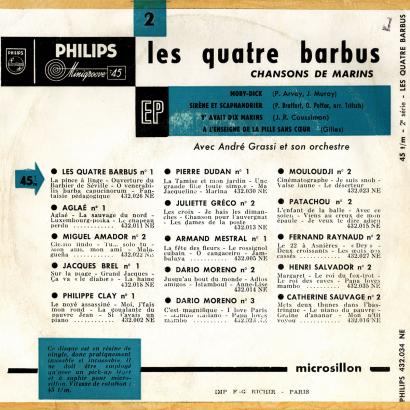 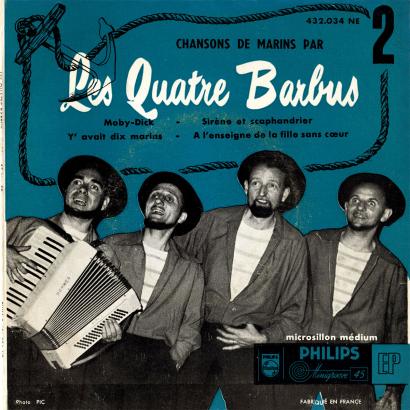 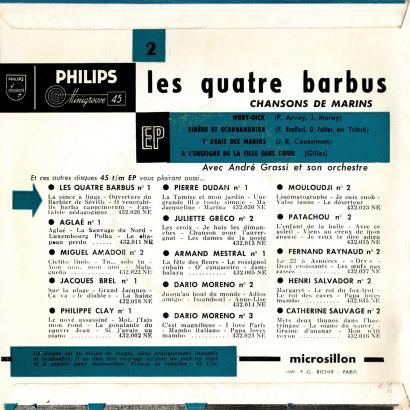 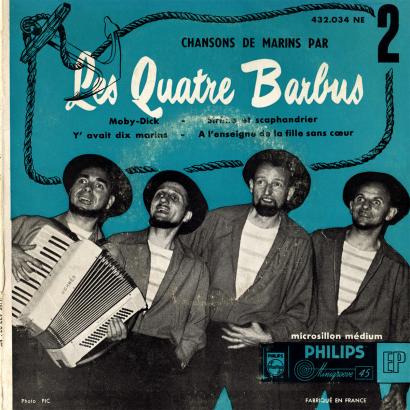 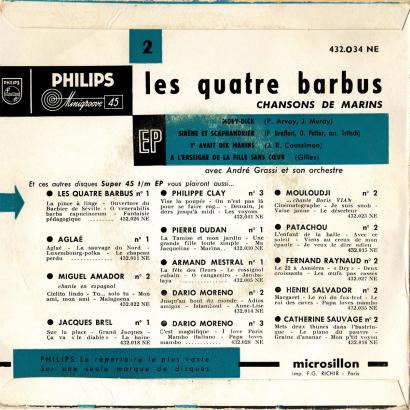 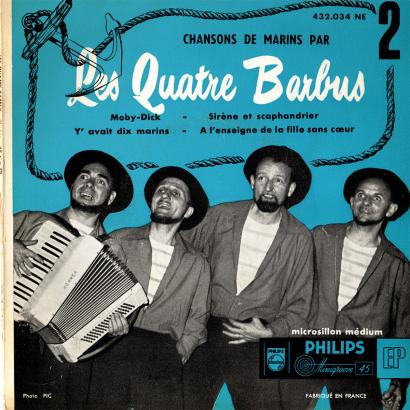 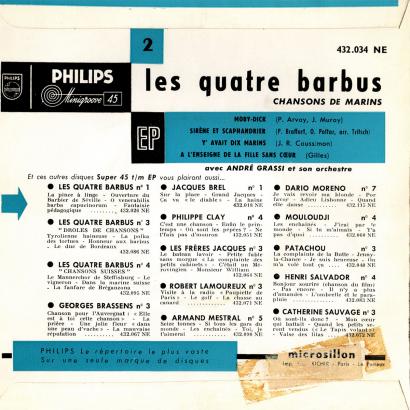