Re-release of the record Aglaé et Sidonie, 45 RPM (7 inch) Junior Production Sonopresse n° 5826, with the addition of the Contes, comptines et boules de gommes which are not linked to the TV show.

Compared to the TV version and the previous records issued by the Adès label, change of spoken voice for Croquetou: Pierre Loray takes over from Bernard Lavalette.
In addition, Catherine Arvay recorded under her married name Catherine Walter and her sister Danielle under her stage name Dolores Gonzalez.

Spelling mistake on the sleeve, ‘Pierre Harvey’ instead of ‘Arvay’. 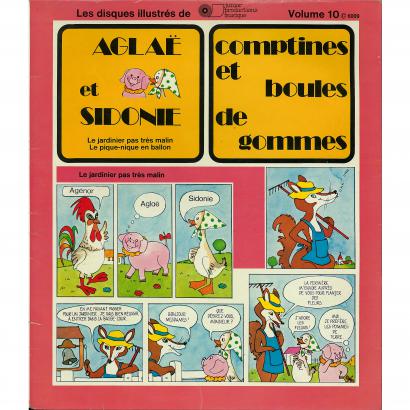 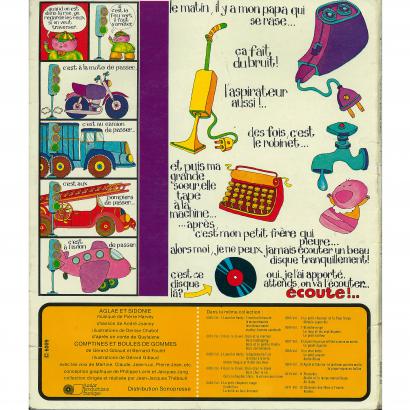 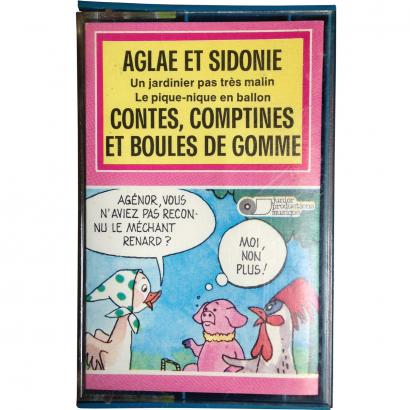 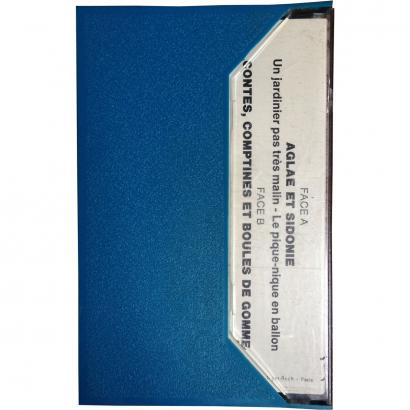