The 13 episodes of the first season of the show were destroyed in the 1970s, following a fire in the laboratory where they were stored. The only remaining trace of them since then is this record, which focusses on the meeting between Aglaé and Sidonie.
It can be noted that Sidonie’s spoken voice was different: Lola Arvay was asked to use a high-pitched and reedy voice that was eventually dropped in the following seasons, Lola Arvay taking then a more natural tone. 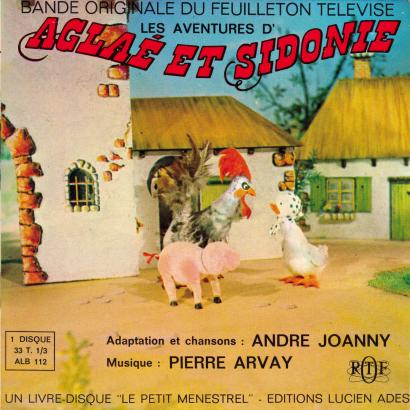 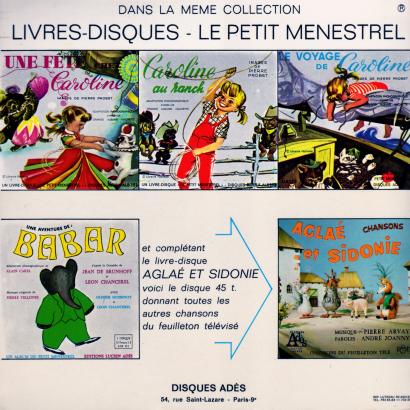