Tracks B1 and B2 also issued, certainly in the same year, on a 2-track 45 RPM (7 inch), record n° SV-1048. As Sidéral records were being produced by the Chant du monde label, it is not surprising that the generic sleeves used for singles were the same for both labels, with the Chant du monde logo printed.

Pierre Arvay used the pseudonym of David Prieston for these orchestrations and arrangements.

On the above mentioned 2-track 45 RPM, it is Pierre Arvay and not David Prieston who is credited as conductor and arranger. 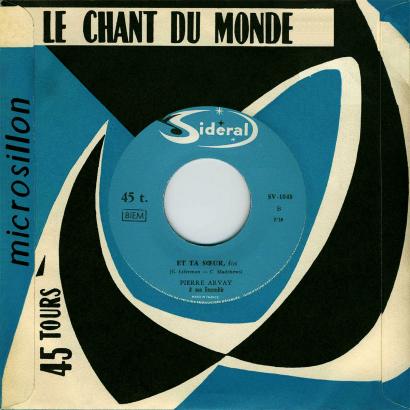