Two different sleeves and round record labels, issued during the pressings for Mother’s Day.
The beige round label featuring the old Le Chant du Monde logo tells us that the version with the little bunch of flowers in relief is the original. Depending on the records, the little knot around the bunch can be blue or pink.
On the other version the round label is the grey one, featuring the more modern Le Chant du Monde logo.

According to the Bibliothèque Nationale de France (BNF), this record was issued as a gift for Mother’s Day. But none of the versions shown here has a ‘Not for sale’ label, so maybe it was also issued for sale or maybe there is another version of sleeve/record with such a label.

Pierre Arvay used the pseudonym of Jean-Claude Roc for these orchestrations and arrangements. 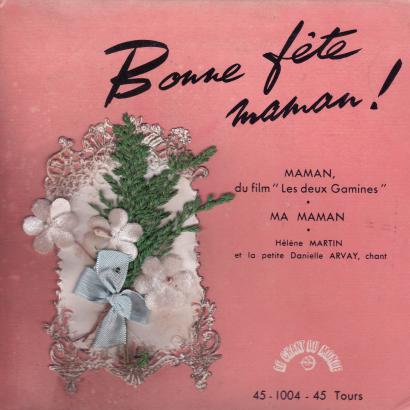 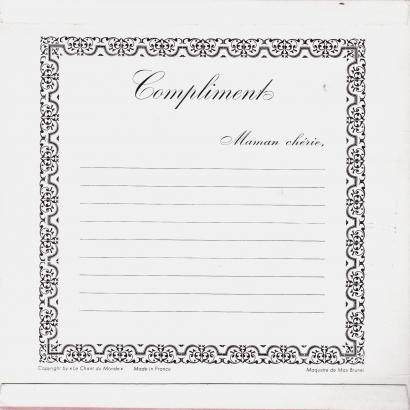 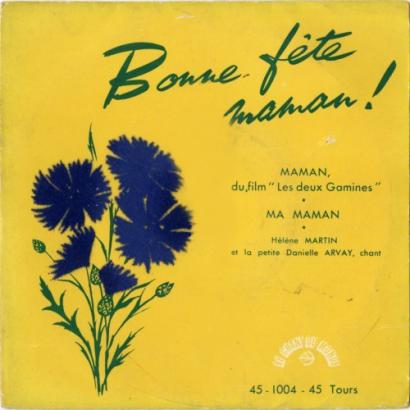 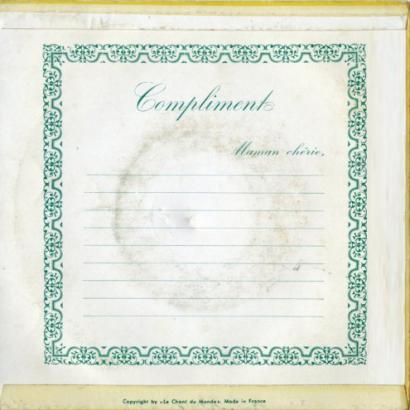