bsd-u and Pierre Arvay for Crystals

Crystals contains an uncredited sample of Blue dawn, track composed and orchestrated by Pierre Arvay for the album Metal sunrise released in 1975.

Limited-edition double album.
The album was pressed a second time in the same year to meet demand, but as a Revised edition, reference HHV567. Only the instrumental tracks were kept, the vocal tracks were removed.

The date ‘2015’ indicated on the edge of the sleeves, as well as on the back of the first pressing, is probably a copyright date. In any case, the two records were released in 2016. 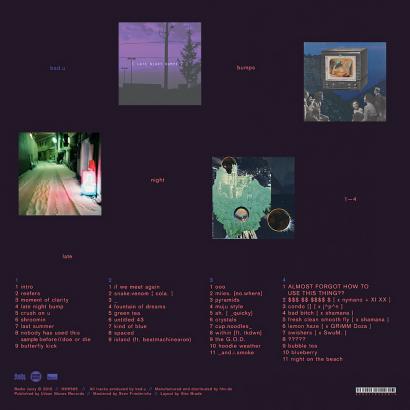 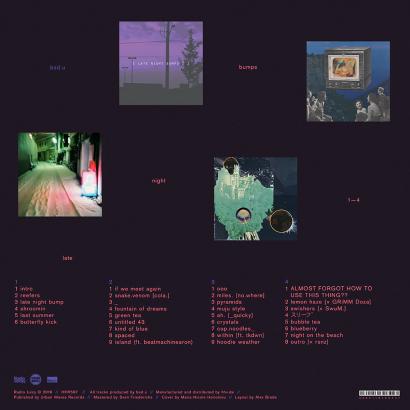