The French title of the record printed on the sleeve, Quand chante l’ami au loin, is in fact a literal translation of the Russian song Когда Поет Далекий Друг. The French version of the song, performed by Yves Montand, was adapted with the title Ami lointain.

Double album of the concert performed in Moscow on 19th December 1956.
Some songs from this concert were pressed in the former USSR in 1956-1957, but this record puts it all together for the first time and allows the listener to discover a new performance of Il a fallu.

The B side of the second record is part of one of the concerts performed in Paris in 1955 (Olympia concert hall). 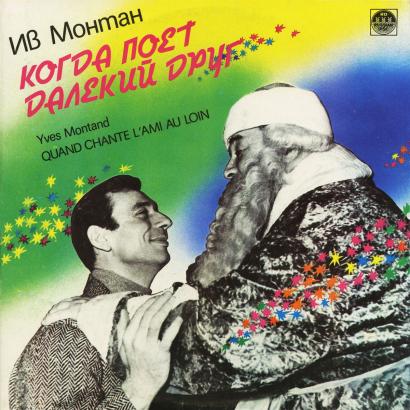 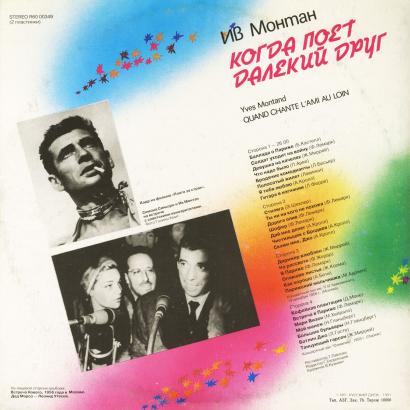