Two different sleeves for the records, issued over the course of the pressings, the first one being the one with the two actors. Round record label also different: blue EMI logo for the version with the picture of the two actors, red for the other one.

Also two versions for the cassette, the first one being the one with the two actors, the other with only one actor being issued in 1977.

Incomplete credits: two publishing dates are given depending on the tracks, 1972 or 1973. Several tracks, however, including the three by Pierre Arvay, came from albums released in 1971 by De Wolfe Music or its subsidiaries.

Danish pressing issued in 1973 with the same reference, in the sleeve with the two actors keeping ’Made and printed in Great Britain’ printed on the back; round record label with the red EMI logo and a note ’Made in Denmark’.

Australian record and audio cassette issued in 1973 and 1974 respectively, with the same references. Record in the sleeve with the two actors but with some colours and a back slightly different from the British version, a slightly smaller size and textured paper; audio cassette with another design than in England, using the LP cover.

New Zealander cassette released around 1974 by EMI and His Master’s Voice (HMV). The reference and design are the same, but the layout of the cover is slightly different, with the addition of the HMV, Dolby and Whitcoulls logos. 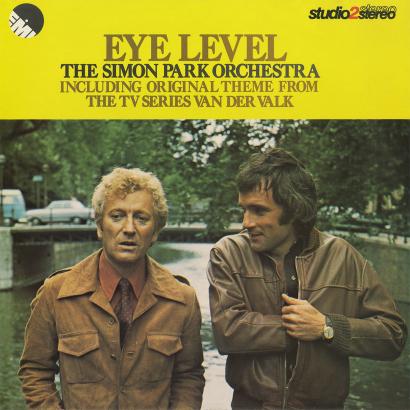 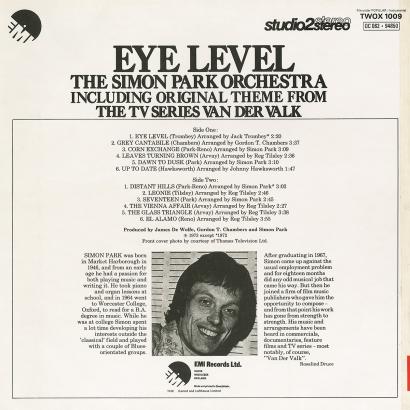 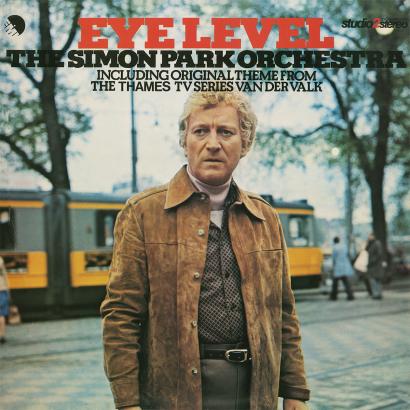 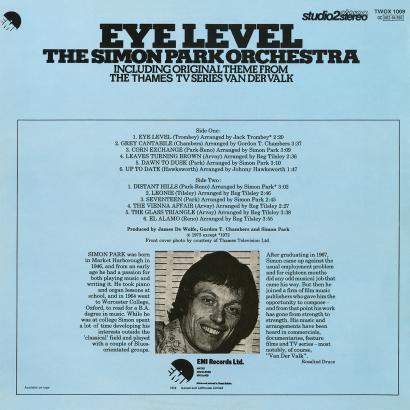 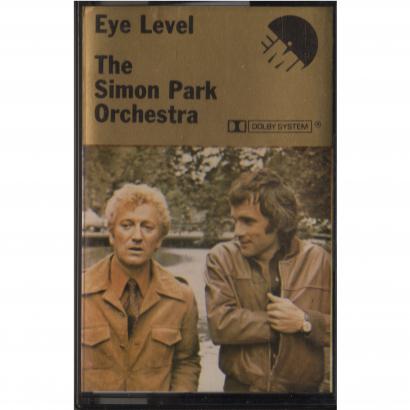 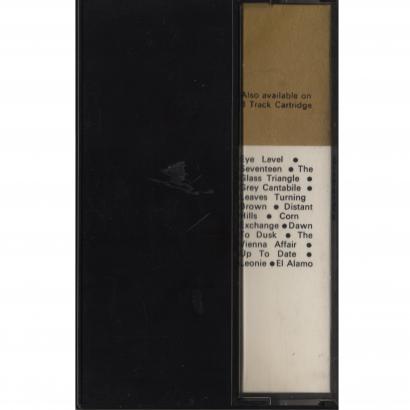 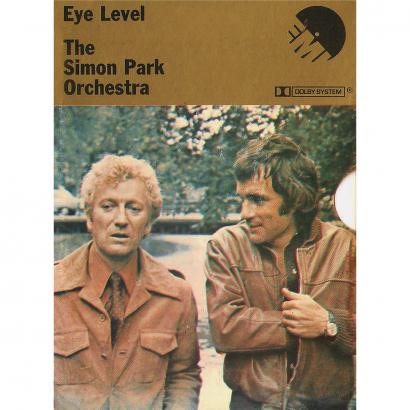 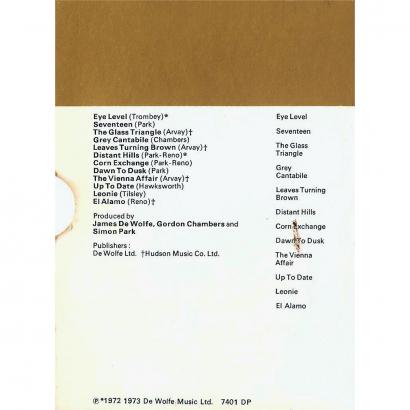 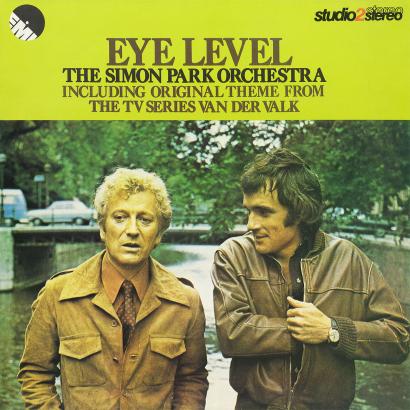 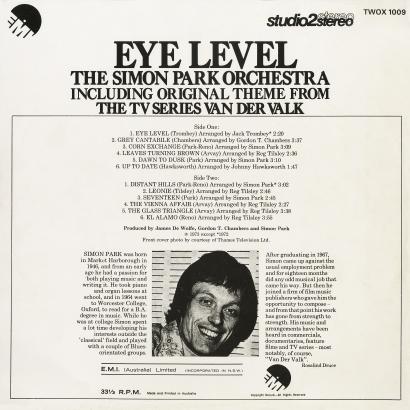 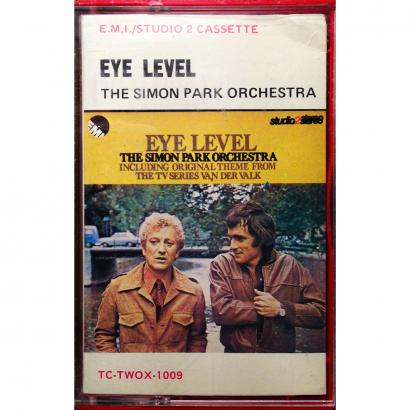 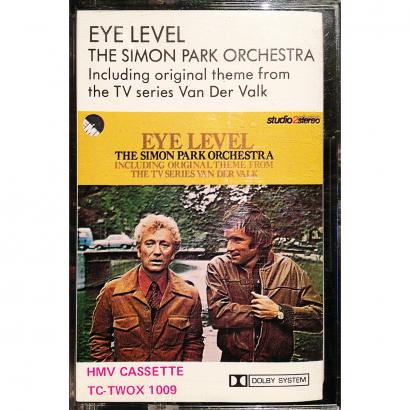 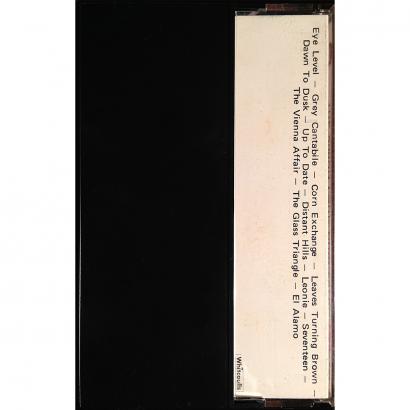 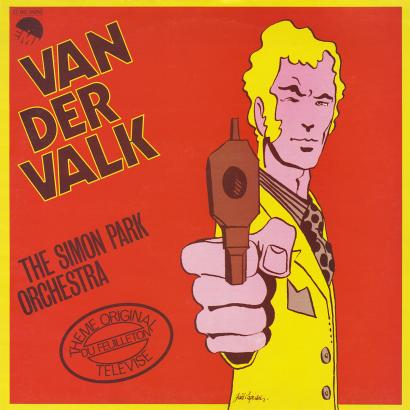 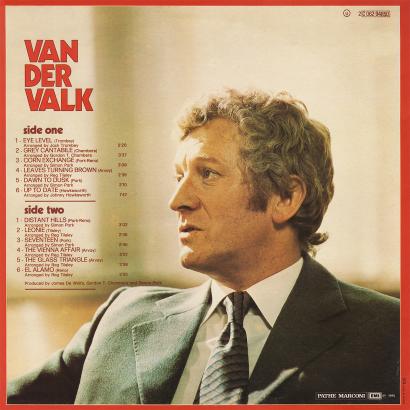 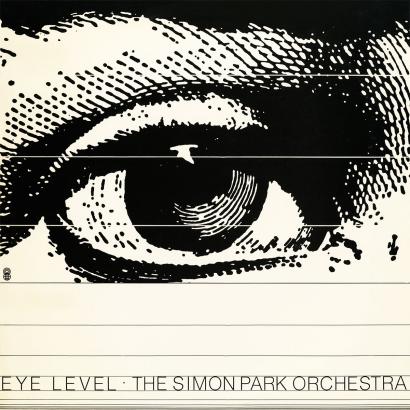 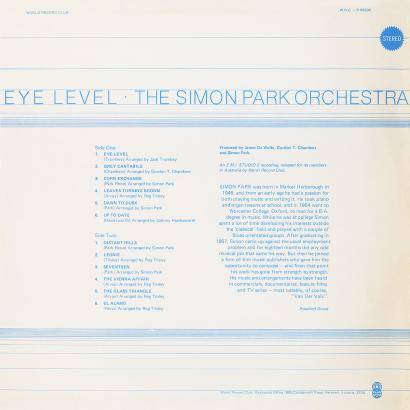