Four meditations on the life and work of Jesus, the one named La Personne de Jésus being recited to Pierre Arvay’s music.

This is a ’film-record’: a film strip could be bought with the record. Its still images could then be shown when the record was playing, thanks to a synchronization guide.
These film strips, with or without coordinated audio record, were used a lot in schools, youth clubs, education sessions or catechism classes. They were a visual support for the teacher or the speaker. 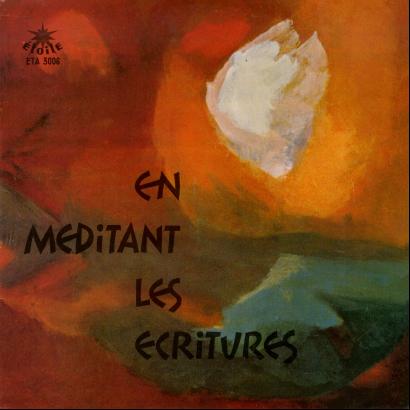 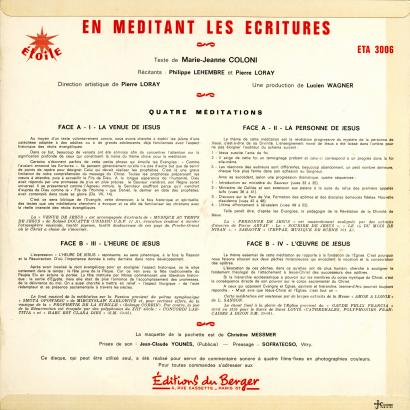 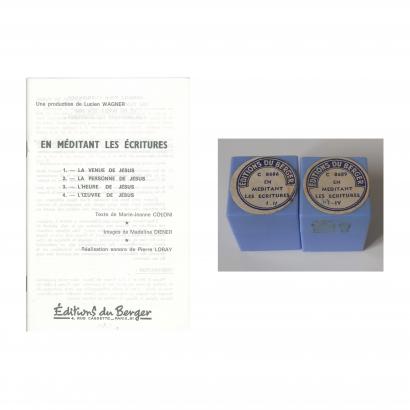