The apparition of the Virgin Mary to two shepherds, Mélanie and Maximin, narrated to original music by Pierre Arvay.

This is a ‘film-record’: a film strip could be bought with the record. Its still images could then be shown when the record was playing, thanks to a synchronisation guide.
These film strips, with or without coordinated audio record, were used a lot in schools, youth clubs, education sessions or catechism classes. They were a visual support for the teacher or the speaker.

First version of this record pressed by Teppaz. Another one was to be pressed by another company and would have a more ‘glossy’ looking sleeve, with a different back and a different round record label from the first version.
This re-release could be from 1970, according to the numbers printed on the back of the sleeve. 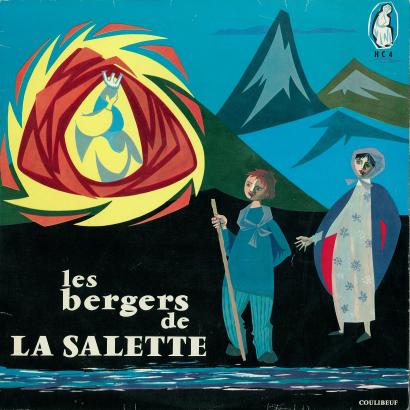 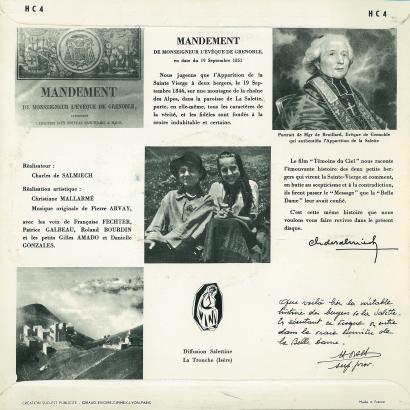 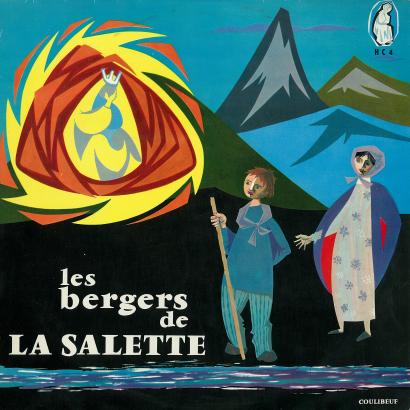 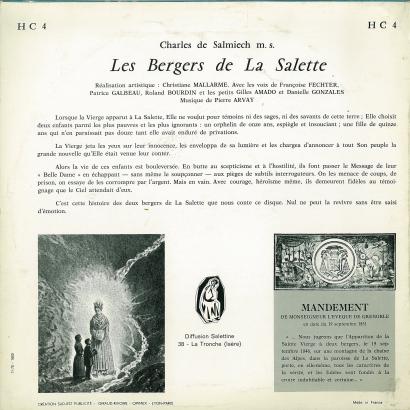 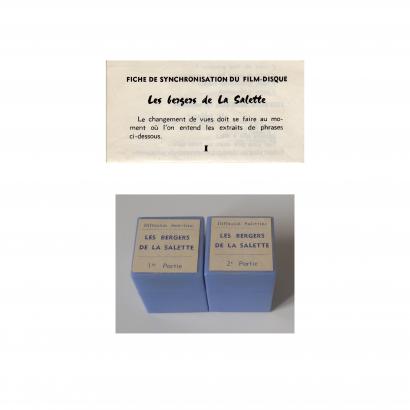