Each of these 13 Ballades (released between 1957 and 1958) introduces a different neighbourhood of Paris, recounting the history and highlighting distinctive features from real life footage and press.
A commentary in a mocking tone as well as a song and original music created especially for each film, bring an offset and artistic feel.

Detail of the episodes:

Opening theme tune and an extract of some songs: 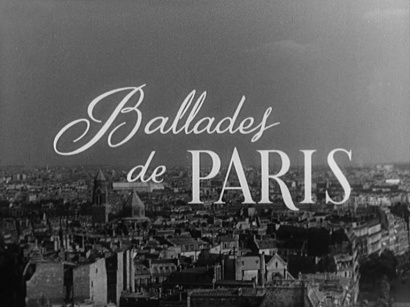